A couple of weeks ago I was going all Marie Kondo in my house. Though I consider myself to be quite minimalist already we still had some drawers with random stuff in there. As I was going through them and trashing most of the things, I found this frame with my first elephant adoption certificate. This was something I definitely didn’t trash.

I first learned about the Millennium Elephant foundation, the organization we now support with Pretty ECO, when I was 11 years old through a tv show. From that moment on I was  intrigued. I imagined myself going there and taking care of the elephants myself. Since I knew that wasn’t something my parents would be up for, I convinced myself I would go as soon as I was old enough.

However that was going to take a while, but I wanted to do something until then. I found the organizations website and would read everything on there regularly, telling my parents about the fact that one day I would go there, they just nodded and let me dream.

Two years later, when I was 13 years old, I got my first job. I was convinced that living in western society, I was already so privileged that it was my duty to donate at least a part of my salary to charity. Mind you, I made 12 euros a week at this point. You could say I was a bit of a philanthropist.

I knew at this point you could adopt an elephant at the elephant organization and I figured that was about the closest I could get to my beloved elephants. I decided to adopt Pooja. According to the website Pooja was the youngest and smallest elephant there and definitely a bit cheeky. I figured since I wasn’t that tall yet at this point adopting the smallest elephant would be the best choice. Guess I didn’t really comprehend the size of them yet at this point but that was my logic at age 13. So I transferred 25 euros to Sri Lanka at the time, had to pay another 25 euros in bank transfer costs (so this was more than a months salary for me :’) ) and waited.

About two months later a package arrived. It was a folder with information about Pooja and my elephant adoption certificate. I’m not sure what happened to the rest of the package now, but I framed the certificate and hanged it in my bedroom. Daily I would fantasize about going to Sri Lanka and meeting my baby.

By now you know my dream came true. Though I worked with Kandula during my stay there, I also got to meet Pooja. It was so surreal meeting her after all those years.

I am so excited for all the progress that I’ve seen the organization make during all these years, being able to be a part of that now more than ever with Pretty ECO is the cherry on top.

Pretty ECO started with the search of founder Esmay Verschuren learning to live a life with sensitivity and empathy. After a lot of hardships she decided to turn her life around. The most important decision that she made was to make her childhood dream come true: taking care of elephants in Sri Lanka. The experiences that she had there made her realize that empathy is not a weakness like she used to think, but a superpower that can be leveraged! Now it's time to share her message with the world! 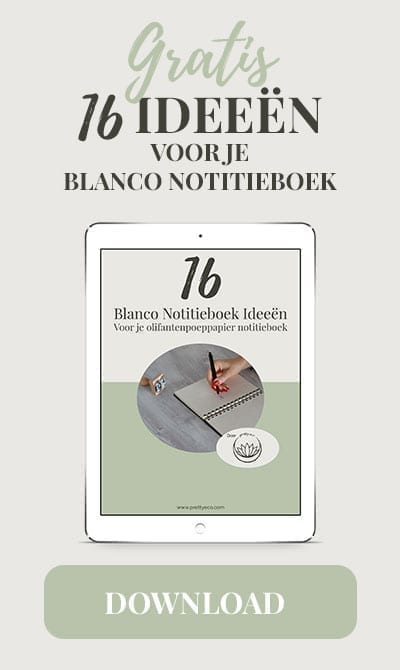